The Business Post is Ireland's leading business, economic and political newspaper. They provide independent insight, commentary and analysis of the important stories and issues across a broad spectrum of topics. 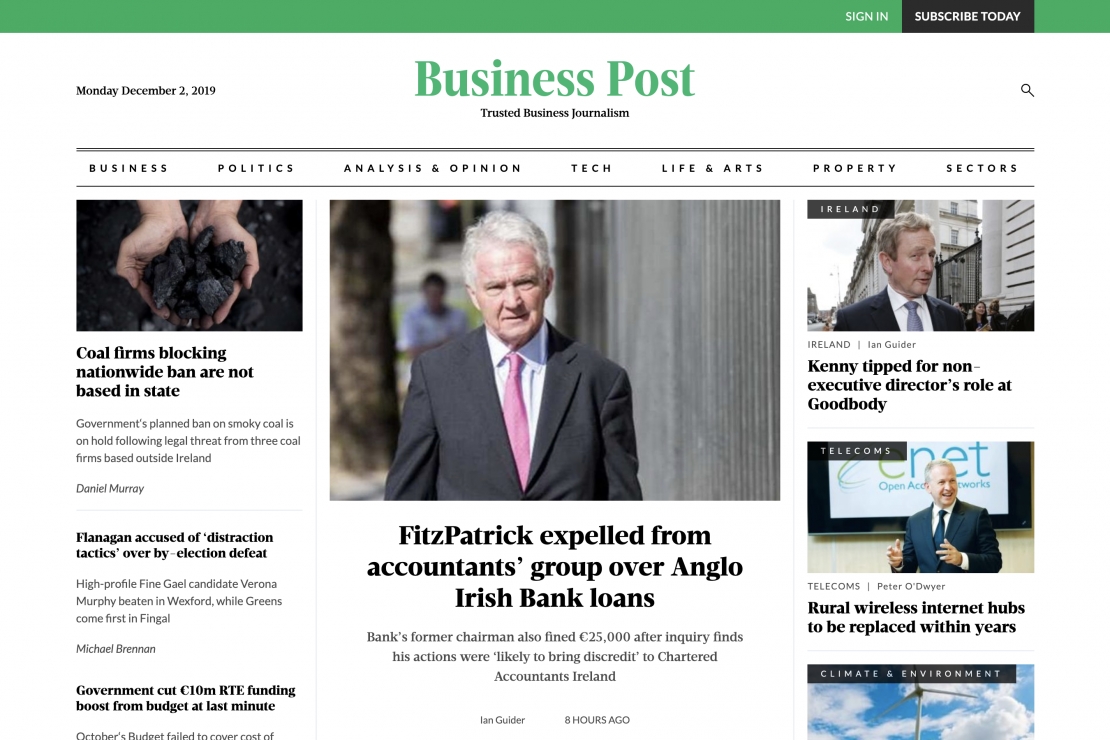 The Business Post is Ireland's leading business, economic and political newspaper, distributed nationally in Ireland each and every Sunday.

Launched in 1989, the Business Post is a must-read for Ireland’s business decision makers. Having already worked with the Business Post team for the last number of years, the team at Business Post approached us about doing a refresh of their site and mobile iOS and Android apps.

One of the key requirements for the Business Post was to go digital first and, in doing so, to fully integrate into their newspaper print editorial workflow. We were required to develop an integration into the Naviga/Newscycle platform which looks after the editorial production side of their physical newspaper.

With a very tight deadline ahead of their 30th anniversary, they needed to be fully confident in the ability of their platform and our team to deliver on time ahead of the deadline. They needed confidence that this project could be delivered at a critical time for their business, and give them the foundation to support their future growth plans. 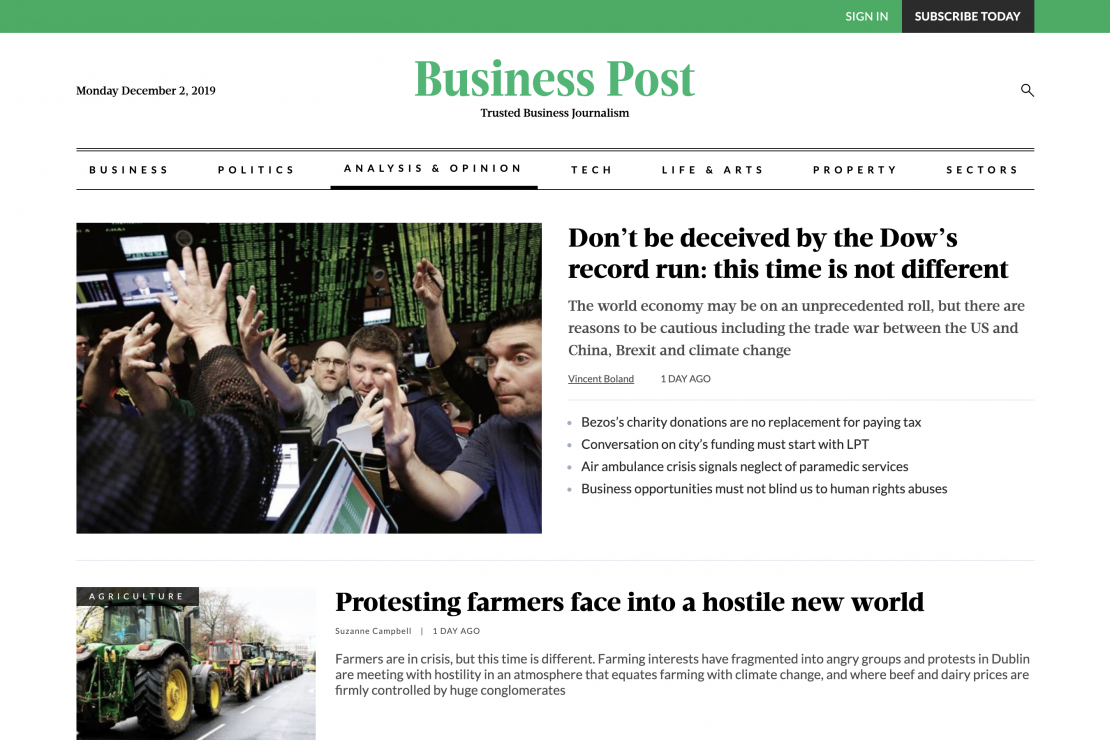 We began the project with a number of technical scoping sessions - liaising very closely with the team from Naviga/Newscycle and the design team.

Our approach was to first develop an API layer that connected directly into the Naviga/Newscycle system so that we could extract content from their CMS. This abstracted layer allowed us to independently work on the frontend of the website along with the mobile apps, allowing the Business Post to utilise their existing Publisher Plus Paywall which manages all their recurring subscriptions and user access controls.

We then set about rebuilding the site and apps using modern tooling. This rebuild effort meant that we could significantly reduce the size of pages being delivered, making the new site and apps faster.

This approach of taking our existing resilient and fast API, while focusing on connecting it into the Naviga/Newscycle system allowed us to squeeze as much performance as we could from the front end. This would mean a faster site, with less maintenance overhead as new features and updates become required down the line. 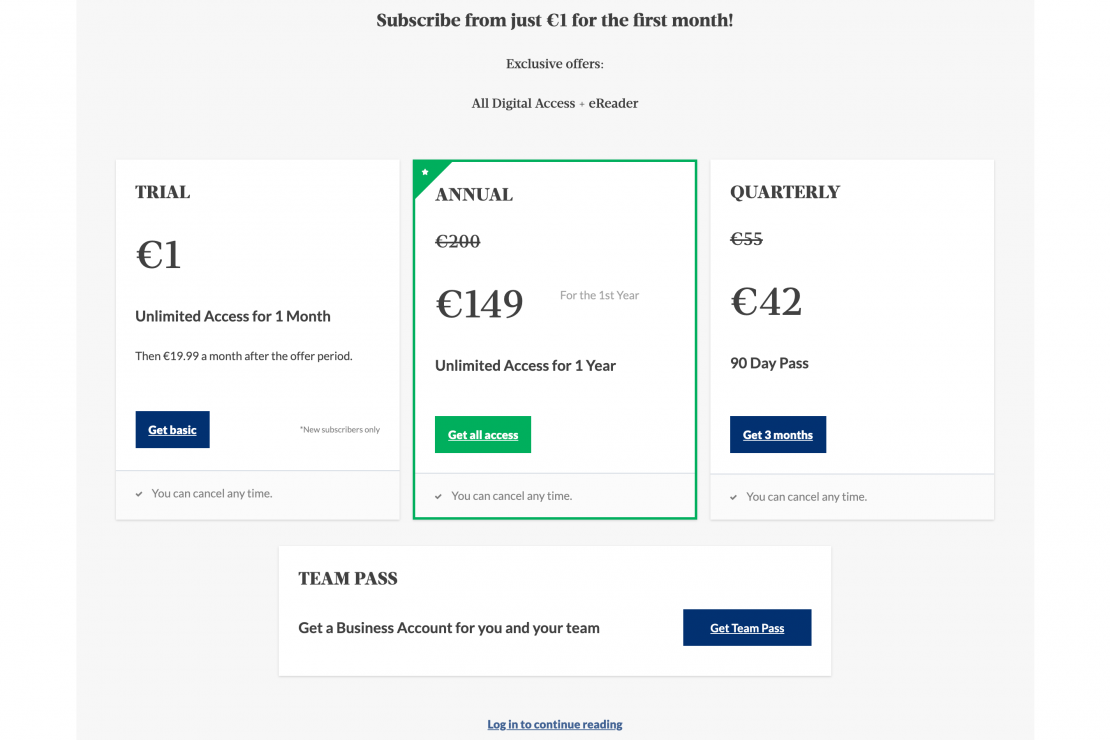 With a tight deadline on this project, communication was key. We worked hand-in-glove with the Business Post team, ensuring that everybody involved had a good view of the project status at all time.

The trust built up during this process meant that the Busines Post team were happy to take our lead on suggestions around implementation and process improvements. 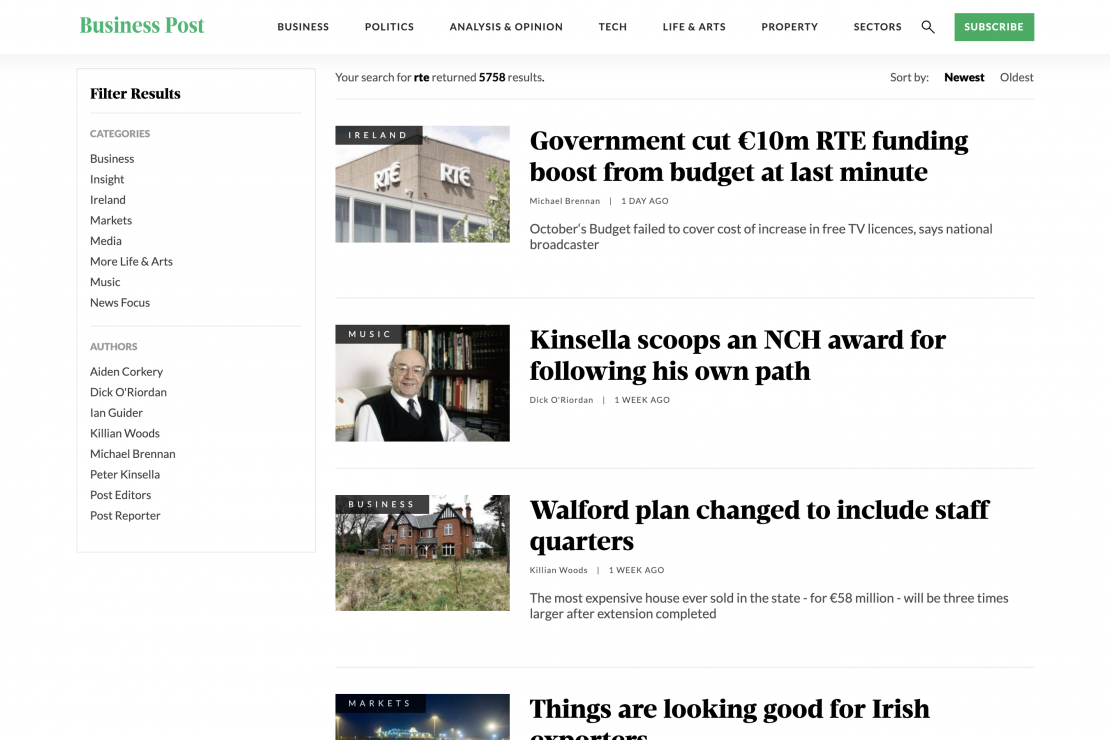 Since launching the rebuilt sites, there's been a significant change in site performance. By using modern tooling, page load times have been reduced, with a near-perfect score being recorded by Google's Page Speed Insights tool.

We're confident that these changes will continue to increase audience engagement and in turn bring about an increase in recurring subscriptions to the team at the Business Post.

We have plans to suit all publishers whether you're a national broadcaster or an individual blogger.